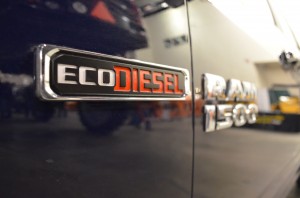 When Ram trucks roll off the assembly line, the accolades roll in. The latest comes courtesy of Esquire magazine, which recently named the Ram 1500 EcoDiesel its Truck of the Year.

“Recognition from Esquire magazine is proof that pickups have found their way into a variety of lifestyles,” said Bob Hegbloom, President and CEO—Ram Truck Brand. “In such a competitive market, we are thrilled to earn a ‘Truck of the Year’ title from Esquire. The Ram 1500 delivers with a winning combination of best-in-class fuel economy and capability, and going forward, Ram will continue to set the pace with the best trucks in their segments.”

Esquire editors looked at all truck models in the U.S. market before extending the award to the Ram 1500 EcoDiesel. “This is where the truck tide turns: a full-sized American pickup with a just-big-enough diesel V-6—the only one of its kind,” the magazine’s editors noted. “You get the fuel economy of a small engine, the pulling power of a larger one and the grumble of a working-class diesel.”

Be sure to check out the December 2014 issue of Esquire magazine for the complete “Truck of the Year” story. To learn more about the Ram 1500 EcoDeisel, other Ram vehicles or the extended FCA vehicle lineup, please stop in to chat with your local BusinessLink® dealer.